On Wednesday 28 June Highworth were playing away to Town Gardens, and after a slow but steady start the rink of Rob Allen, Ian Thomas, Barry Ayres and Paul Stokes scored a maximum eight shots on the 16th end. The final score of 29-17 was an invaluable contribution to an overall hard fought win of 83-73 shots to Highworth, giving them a welcome 12 points.

With the celebrations hardly over, the following evening, Thursday 29th June, Highworth were again in action at home to County Ground, when on the 21st end the rink of Rob Etherington, Gordon Pearce, Maurice Stratford and Steve Taylor also recorded a maximum eight shots. With all four Highworth teams bowling well, the overall result of 125 to 37 shots netted Highworth a further 14 points. 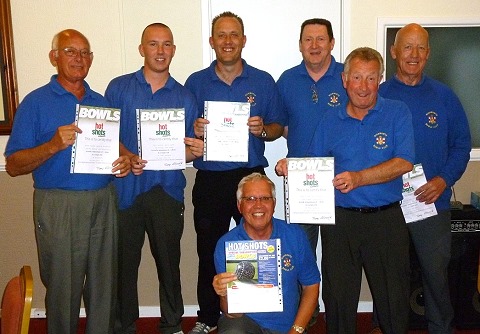