Triskaidekaphobics are known to avoid embarking on any journey when the 13th falls on a Friday. Fortunately they were not in evidence on Friday June 13th when the “big green coach” arrived at Highworth Bowls Cub ready to depart on our annual bowls tour. Given that recent tours have experienced the rain of North Devon and Tenby not to mention the European Monsoon and floods of Eastbourne it was a pleasant surprise to find that for us a weekend including Friday 13th promised and delivered warm, sunny and dry bowling weather throughout.

Again as in recent years there were some “first timers” which shows that the popularity of the tour continues to grow which bears testimony to its reputation of being a great weekend so well organised by Josie and Frank Etherington.

We set off in good spirits and made a stop at Shaftesbury for coffee and comfort. Shaftesbury was interesting and is well worth a visit with some good traditional shops and cafes. Amongst the shops one encounters a large Hovis loaf at the side of the road. Nearby through a cobbled passage a familiar view opens up made famous in the 1980s by the memorable advertisement for Hovis where the delivery boy pushes his bicycle with loaves in the front carrier up the hill then free wheels the empty bicycle down “Hovis Hill” aka Gold Hill (its actual name). I suspect “Health and Safety” would not allow this advertisement to be made today! 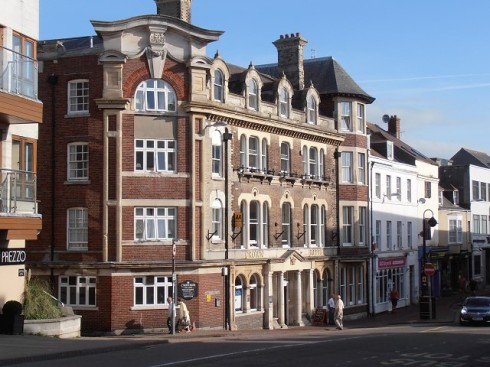 Suitably refreshed we continued our journey to Weymouth arriving at our base The Crown Hotel situated by the Harbour in time to grab a quick sandwich before heading to Green Hill BC Weymouth for our first match which was played in hot sunshine.

Due to the weather conditions the green was very dry and it was like bowling on polished glass. Consequently Highworth took a while to adapt allowing Weymouth to set up a strong lead before the tea and biscuits break. Afterwards we started to peg them back but never managed to catch them so our tour unfortunately started with a defeat. 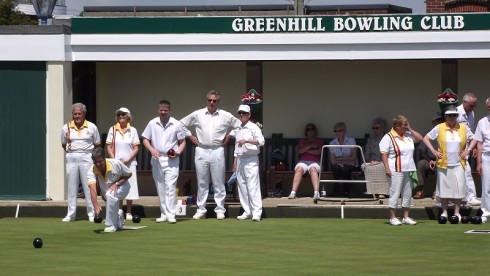 Sunburned and hot we returned to The Crown for a refreshing shower ready for our evening meal. The hotel proved to be clean and comfortable ideally situated near to shops, beach and harbour where the regular raising of the swing bridge was a spectacle of interest. The menu was traditional with a good choice each day although given their proximity to the harbour and fish perhaps making more use of locally sourced produce could have proved to be a good selling point given today’s consciousness with regard to food miles. Every evening there was entertainment in the form of various vocalists and also dancing so a wide range of tastes were catered for. The one detraction which affected certain rooms was the Bar/Night Club opposite which meant music and noisy users made sleep very difficult before the early hours for some of us.

Saturday again dawned sunny and hot. After a free morning to explore we set off for our match at Portland Borstal. A spectacular climb up Portland Bill took us to the highest point where the Borstal was situated. The Bowls Club was situated in the Governor’s Garden and involved a pleasant stroll through it to reach the green (it was fortunate most of us had bowls trolleys!). The Borstal Officers who were our opponents proved to be very friendly and had retired so our chances of being detained should we steal a victory receded. A wall down one side of the green produced an optical illusion making the green appear to have a slope from end to end but we were assured the green was level and once we overcame this found we were able bowl well. After a close contest Highworth emerged victorious. We were invited back to the Officers Club for “après bowls” and found it had spectacular views down the coast to the Isle of Wight from its balcony – quite stunning. 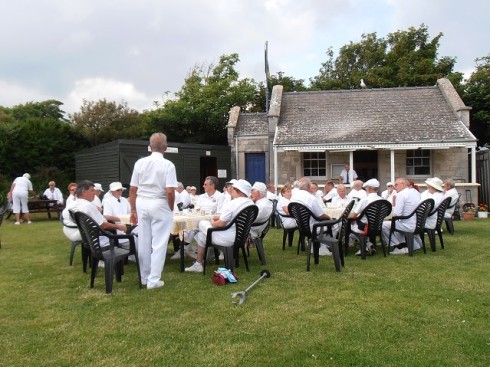 Sunday again brought identical weather and an earlier start was made for Lyme Regis so the morning could be spent there. The ultra narrow streets produced a small problem for Danny our driver when we met a Double Decker bus where the width of the road was such that for both to pass was impossible. After some reversing and manoeuvring (difficult as other traffic was behind both buses) it was just possible to ease past with inches to spare. For his skill Danny received a round of applause from his passengers.

Lyme Regis itself is a traditional quaint resort with useful shops and cafes. The cliffside gardens are also very pleasant affording excellent views along the coast and over the town and beaches. On such a hot day the shady trees and the breeze off the sea was pleasant and refreshing.

Lyme Regis Bowls Club (LRBC) is situated next to The Cobb (walled harbour) made famous in the film The French Lieutenant’s Woman where Meryl Streep with cloak blowing in the gale lashed by rain and waves stands on the wall of The Cobb in her iconic scene . This is at the bottom of a very long steep hill; the Coach Park is situated at the top of the same hill, the road between unsuitable for large vehicles. 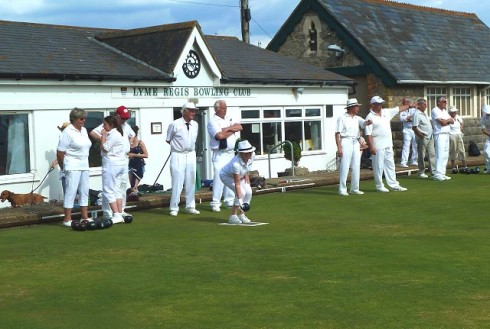 Fortunately the LRBC members must be well used to this problem and had kindly driven their cars up to meet our coach to transport the bowls bags down and after the match returned them to the top plus the Highworth bowlers for which we were very grateful. The match itself was again played on a very fast green and pre-tea Highworth were leading. LRBC had been playing with two triples instead of rinks as two of their members were absent. At this juncture two of our bowlers were persuaded to fill in so Jack Clarke and John White became honorary LRBC members for the rest of the match and turned LRBC fortunes round to such an extent Highworth narrowly lost. I understand both have been offered honorary life membership of LRBC!

On Monday we returned home via Yeovil where we were due to play our final match. Yeovil town was rather nondescript the town centre looking like any number of similar country towns where the same chain stores and charity shops are now prevalent and lacked individuality. 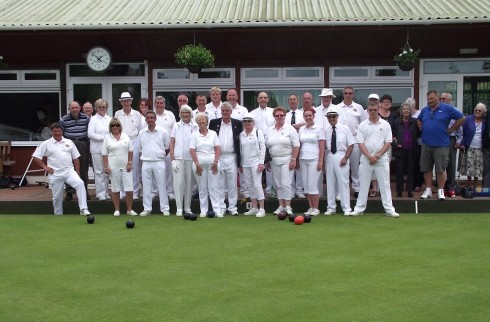 Yeovil Bowls Club was very plush with Squash Courts and Indoor Rinks. Their Trophy Room was equally impressive and their quality was later born out on the green as our team for that day were totally outclassed suffering a heavy defeat.

Although not a successful tour on the green it was a superb weekend for weather and the enjoyment of all was tangible.

On behalf of all who participated I extend our grateful thanks to Frank and Josie for another fantastic tour meticulously organised.