Well done to Jo, Maggie, Linda & Deanne, who today, as part of the Bowls Wiltshire Ladies Johns Trophy team, beat Somerset in a thriller, to earn a return to Leamington, in a match that went down to the very last wood. 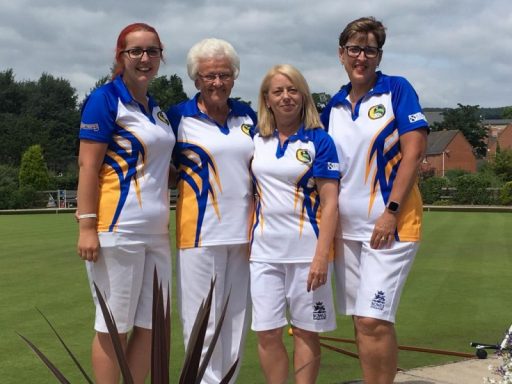 BWL made a promising start, but with two rinks dropping a seven apiece, the game took on a different complexion, As the match drew towards a close, with two rinks left on the green, the scores were tied with only one end to play on each.

Here’s hoping any chewed fingernails are quickly restored to full health and the team can go one better than last year and bring the trophy back to Wiltshire. Semi-finals and final to be held at Victoria Park, Royal Leamington Spa, on Saturday 3rd August 2019, which is the opening day of the Bowls England National Championships.