In Christmas themed attire, as the event was orignally scheduled to take place in December 2021, the girls started with a Rinks win, followed by a Pairs success for Deanne and Christine. There followed a last end defeat for Maggie and Alison in the second Pairs game but the team came back to form with a final win in the second Rinks match. 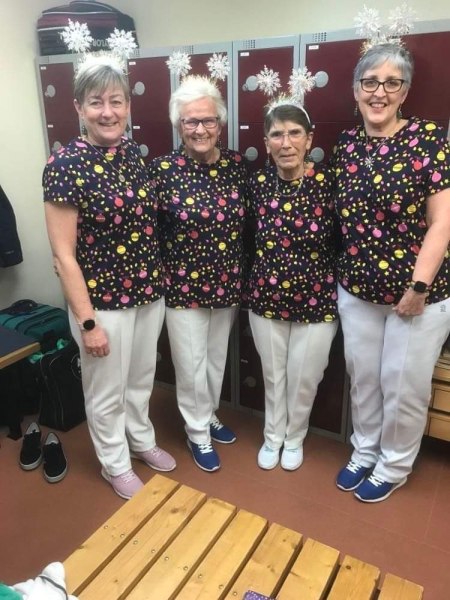 With 10 teams taking part including several  from Westlecott and others from Malmesbury and North Wilts plus another team from Swindon Manor our ladies came out on top in the final reckoning.

A hot dinner followed the game and a much earned glass of Rose wine ended a great day, with £248 raised for the Alzheimer’s Charity from a ‘Spider’ and Raffle.