The Swindon and District Ladies and Men’s Bowls Associations held their finals jointly for the first time over the weekend of 17th/18th September at Westlecott Bowls Club.

Highworth were well represented with finalists in seven disciplines. First up on Saturday morning was the Over 60 Men’s Singles where our own Chris Mussen played John Thomas from the home club. On a difficult rink Chirs matched John in the early stages but the home knowledge soon told as Chris had to be very proud with the runner up spot.

Next up was the Ladies Rinks final where Maggie, Linda, Deanne and Jo, who earlier this season lifted the County crown, added the S&D title to the trophy cabinet. After being in total control in the early stages their opponents from RWB came back into the game and it took our ladies picking up 2 shots on the last end to take the game into an extra end which our ladies won 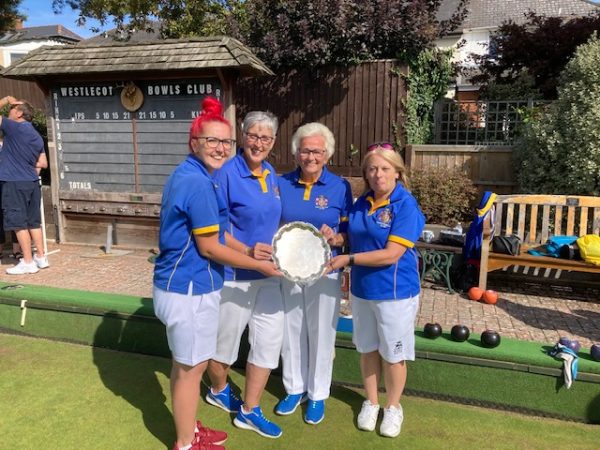 During lunch Stu Murray took to the green in the Men’s Singles and put up a strong showing against James Nobbs of RWB, before having to settle for the runners up spot.

The days finals drew to a close with the Ladies Double Rinks and the Men’s Eddie Wells Trophies being contested.

In the Double Rinks our Ladies took on Westlecott and came out on top on both rinks, congratulations to our rinks; Julie Edgington, Christine Biles, Linda Young and Deanne Davis and Maggie Jordan, Elaine White, Josie Etherington and Jo Hicks. 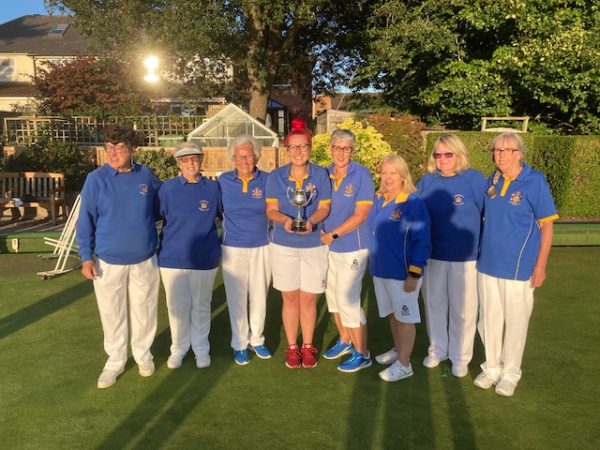 Sadly, the Men couldn’t match the Ladies as they came up just short losing by 5 shots against RWB in the 4 triples contest.

In the Ladies Singles Jo Hicks came runner up to Chris Mitchell of Purton, last year’s National Singles runner-up, so no disgrace there then.

Whilst the Finals ended for Highworth with more silverware as Shaun Hicks and Tom Pittuck overcame a pair from RWB to win the Men’s Pairs.

That brings to a close this season’s competitions at National, County and Local level which has resulted in a burgeoning trophy cabinet for Highworth. Congratulations to all of our entrant in all competitions.