Saturday July 13th sees a second chance to have a game of bingo at HBC. The event is due to kick-off at 7:30pm and Shaun Hicks will again be calling the balls!

This event is open to club members and their guests only. So, make a note in your diaries to come along and join in the fun. 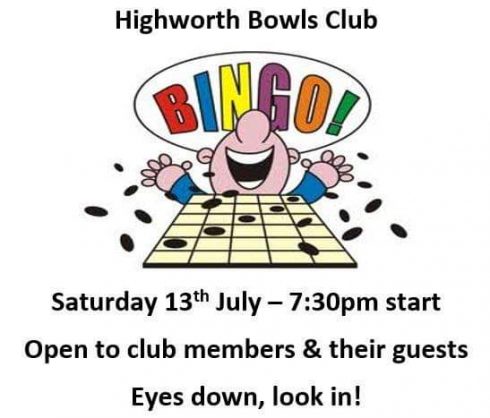 The winning raffle ticket for the giant Easter egg was number 44, held by Paul Clark from one of our sponsors, Clarky’s Autos. Well done to Paul, seen here being congratulated by father Alan. Just don’t try eating it all at once! 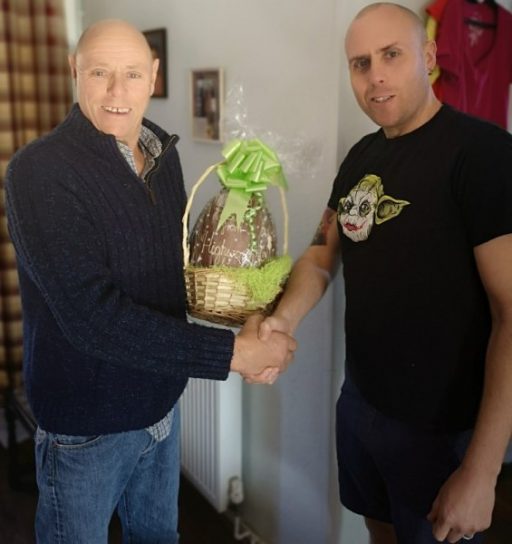 Many thanks to Highworth Lions for providing the prize and to all who purchased tickets. Total monies raised for the Lions is not known at this time.

The annual Town Gardens pre-season quiz was held at Highworth Bowls Club on Tuesday 9th April and whilst the number of teams participating was less than normal, the spirit of friendly competition was very much alive. Seven teams endeavoured to tackle questions on a wide array of topics from children’s books to famous folk with 3 names and throughout one Town Gardens team and one Highworth team were running neck and neck.

Coming into the last round, on sport, Town Gardens had a half point edge on Highworth, but an eight point haul for the Highworth crew saw them finish one and half points to the good, winning 100.5 to 99. It could, however, have gone badly wrong when David Armitage rejected Mel Way’s inspired water polo answer for just plain polo, little knowing at the time that their closest rivals would drop points as they did.

So, well done to (from l to r) Ashlee Lin, Ian Barrett, David Armitage, David Roblin (quizmaster for the Highworth Scout quizzes) and Mel Way, who each took home a bottle of wine for their efforts.

The raffle held after the quiz was not so favourable to the quiz winners, theirs being the only table not to take home a raffle prize, but you could say things evened out.  Town Gardens should be returning at the end of thee season to hold another quiz and it is hoped that a few more teams will participate next time around.

A big thanks to Graham and his helpers for a well organized event.

Having fought their way to the All-Pins Consolation Cup final, the Pigeons found the Westcott Falcons just too good for them in a tight final. However, reaching the final was a great achievement for the League C Pigeons and they came very close to toppling this season’s League B champions.